Thoughts on the demise of the Playhouse

Okay, seriously. I'm of two minds regarding your idea. Theatre should strive to be simple, and theatre should be familiar - okay, there's nothing wrong with Oklahoma or The Foursome when they're done well. Theatre shouldn't try to challenge audiences, or use obscure source material - you're basically saying the stage (and its accompanying seating area) is no place for one's brain. I could not disagree more.

Just as not all cinemas should be multiplexes dedicated to the latest Bradjelina Cloonhanks vehicles, not all stages should be brainless, hackneyed remounts of Crazy for You.

You've hit part of it - seeing a film costs ten to fifteen bucks a seat, tops, and it's incredibly accessible. Even then, single-screen houses showing good, small-run films have died out too. The throughline here is that anything that makes people think should be revered and supported whether the masses like it or not. If it's up to the masses, do you think The Artist would win Best Picture? Hell, no. Does that make it the wrong choice? NO! The masses are, more often than not, wrong.

Do these things support your "let the market decide" ideology? You're basically saying that the next Tom Stoppard, the next Christopher Plummer -- these people should not have big time theatre as an option in their development. Street busking, TV and the movies are it, is that right?

Fact is, the government has a responsibility to support the arts. Not commercial product. The arts. Painters, songwriters, dancers, singers, musicians, actors, directors, set designers, novelists, poets, screenwriters, playwrights, sculptors, libraries... The creme de la creme who aren't measured on net sales, but rather on merit. They have a duty to build up the cultural fabric of our nation - and yes, this will have a controversial side here: of our nation, not the gajillion foreign nations that people have left behind to come here.

If the Playhouse is going to receive the kind of funding it needs to survive, it should also get support from other public institutions to make sure bums are in seats. I wonder how many MPs and MLAs actually pay for subscriptions to theatres, opera companies and other such organizations, and how many simply take advantage of comps on high profile opening night galas.

The Conservatives have long tried to whittle away at the artistic community. The federal Liberals, and with Jack Layton's folksy charm, were pretty much all that stood between Harper and his dream of a bloodless, artless Canada. Sadly, we no longer have anyone to stand in their way.

If only there were a place that we could put on a show. You know, something cutting and challenging, that could inspire people to reconsider their political and cultural apathy and get things moving in this country again.

If only there were a place.

How many of you knew that new Vancouver Canuck acquisition David Booth hunts big game with a frickin' bow and arrow? Huh? Huh? Seriously.

Seven Things about David Booth at the Hockey Writers website. 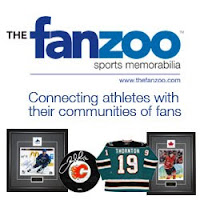 I did a guest blog post for the Fan Zoo, a Vancouver-based sports memorabilia company. Here it is, yo: Seven Teams to Watch in the 2011-12 NHL season.
Posted by stodmyk 1 comment:
Email ThisBlogThis!Share to TwitterShare to FacebookShare to Pinterest
Labels: blog, hockey, Jason, Jason Kurylo, NHL, Pucked in the Head, Vancouver Canucks

Pucked in the Head posted their 35th episode early last week - it's a searing tale of frequent flyer miles, swimsuits and Russian underachievers. If only Barnes & Noble had lived to sell this.

The Longest Hockey Game in History 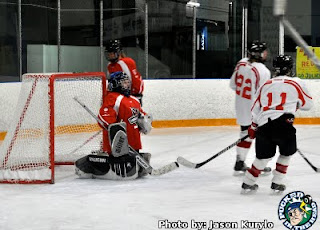 Between August 26 and September 5, 2011, 40 women in Burnaby, British Columbia will break the Guinness World Record by playing the longest continuous hockey game in history. The brainchild of Val Skelly, the Longest Game is an homage to a friend, Lucia Tavano, who died of CF at the age of 27. They're raising awareness and funds for Cystic Fibrosis research and encouraging people to become organ donors as well. See below for some very sobering facts about CF. Their website is www.longestgame4cf.com.

This first picture shows Katrina Dauncey making a save in the 105th hour - at this point, she had personally put in more than 46 hours on the ice.

People w/ Too Much Time on Their Hands

stodmyk
I'm a writer, podcaster and skills coach in Vancouver, BC. I have two legs, but often misplace the left one. If you see me operating this blog in an erratic or dangerous manner, please smile, nod and back your way out of the room slowly.

Pucked in the Head